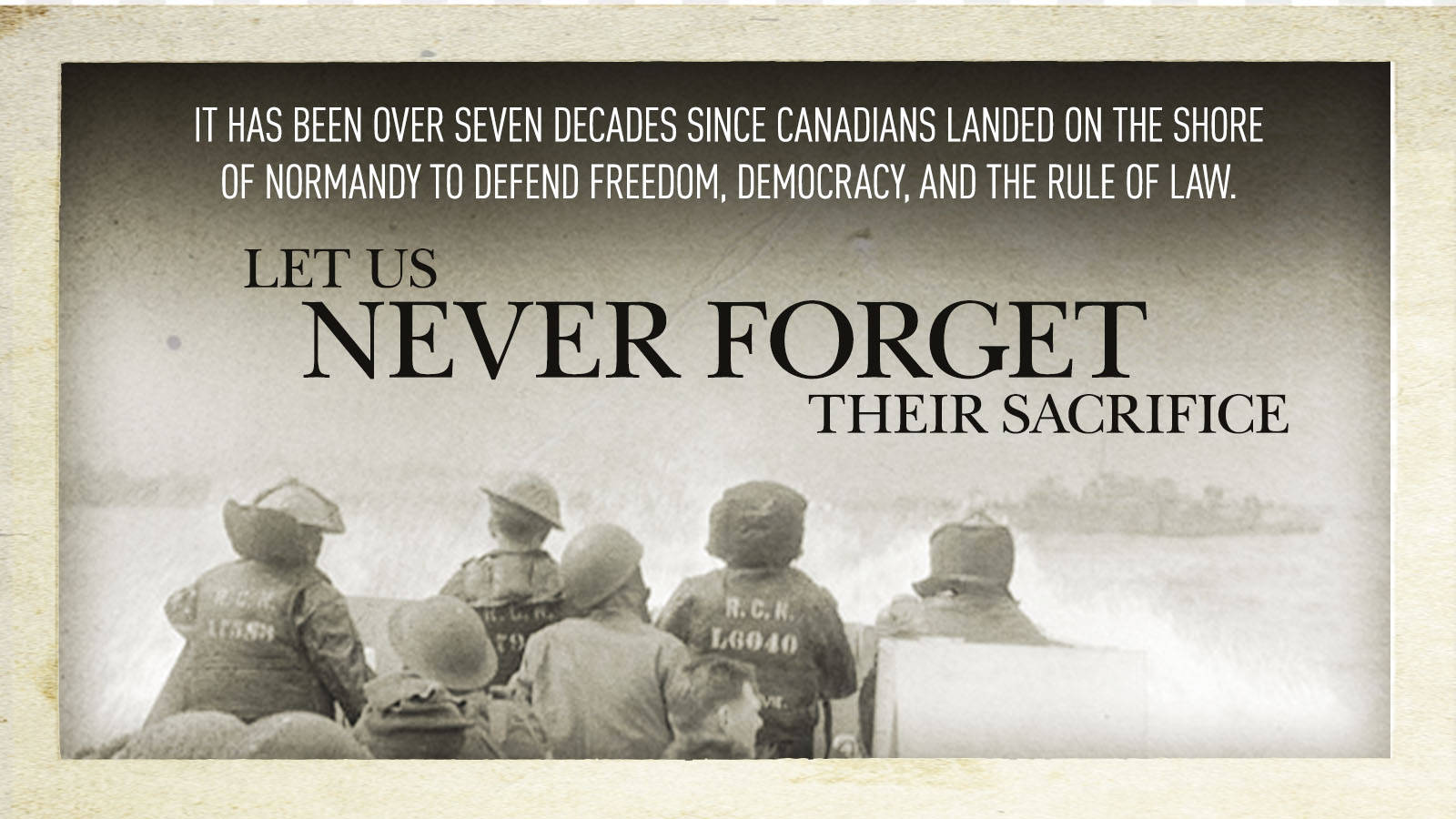 Today marks the 75th anniversary of D-Day, when the Battle of Normandy began. Lasting from June through August 1944, the Battle of Normandy was the first, critical step, in the liberation of Western Europe from the scourge of fascism which ultimately lead to the defeat of Nazi Germany. This victory, which turned the tide of World War Two, was paid for in sweat, tears and blood.

Today we remember the bravery and sacrifice of those 156,000 Canadian, American, and British soldiers who landed on France’s beaches to free millions of Europeans under the yoke of Nazi oppression. We must remember every day of the sacrifices, including the ultimate sacrifice, our soldiers made to liberate peoples they did not know and to preserve the freedoms and liberties that we continue to enjoy today.